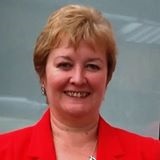 Highlands and Islands MSP, Rhoda Grant, has called on Uig Pier owners, Highland Council, to push through as quickly as possible upgrades and improvements.

She said “Further to the recent public consultation on the proposed design of the new dual fuel ferry for the Uig triangle I have been in dialogue with the owners of the Uig Pier; Highland Council.

"Concerns were raised on the suitability of the existing pier at Uig and its ability to accommodate the new ferry and the increased volume of travellers. As the owner and operators of the Pier it is Highland Council that is responsible for any upgrade proposals. It has confirmed it is currently investigating what investment will be required to upgrade the current infrastructure."

Mrs Grant added “It would seem on the face of it the new ferry would fit geometrically however the increased vehicle and passenger capacity would obviously put a strain on the existing infrastructure given its age and condition.” This is a vital lifeline service which attracts funding through CMAL.

"It is in all our interests to ensure the service is operational and sustainable, therefore an upgrade proposal should be made soon. I have asked for consideration to be given in the upgrade proposals to include the ability for  the MV Loch Seaforth to be able to dock at Uig as currently this cannot happen and would be an advantage in any emergency that prevents docking at Ullapool.”
“

Mrs Grant concluded by welcoming prospect of a new dual fuelled ferry saying “Given the proposal outlines an environmentally friendly, powerful and more economic ferry I would then hope passage times would decrease which would then hopefully boost tourism for the Islands.”