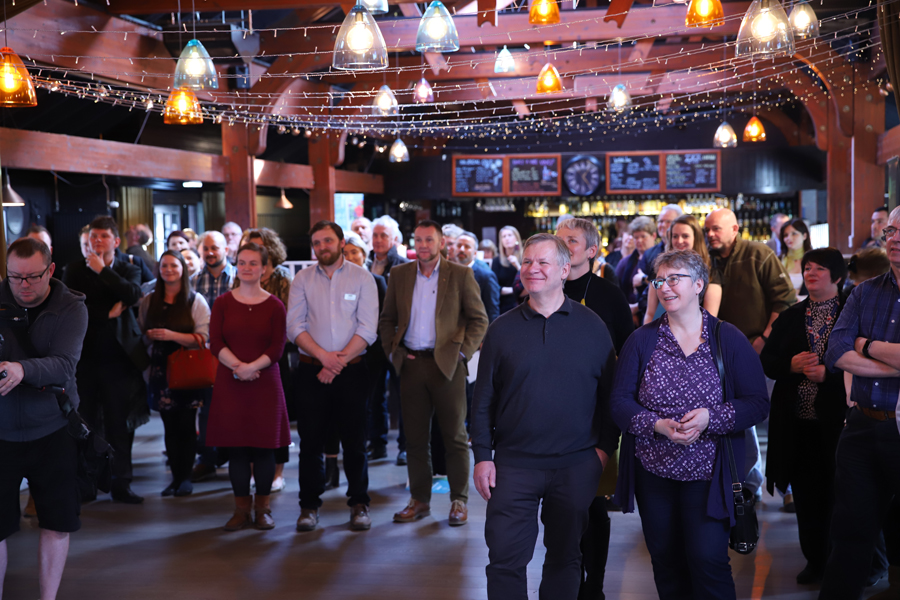 The winners of the 2019 Taste Local Food Awards were announced at an awards ceremony today (Wednesday 27 February.)

During organiser, Natalie Bayfield's, opening words, she commented that the last awards had been years ago, but that she hoped they would continue in the future.

The awards aim to recognise buyers, suppliers and producers of local food, as well as those who promote local. 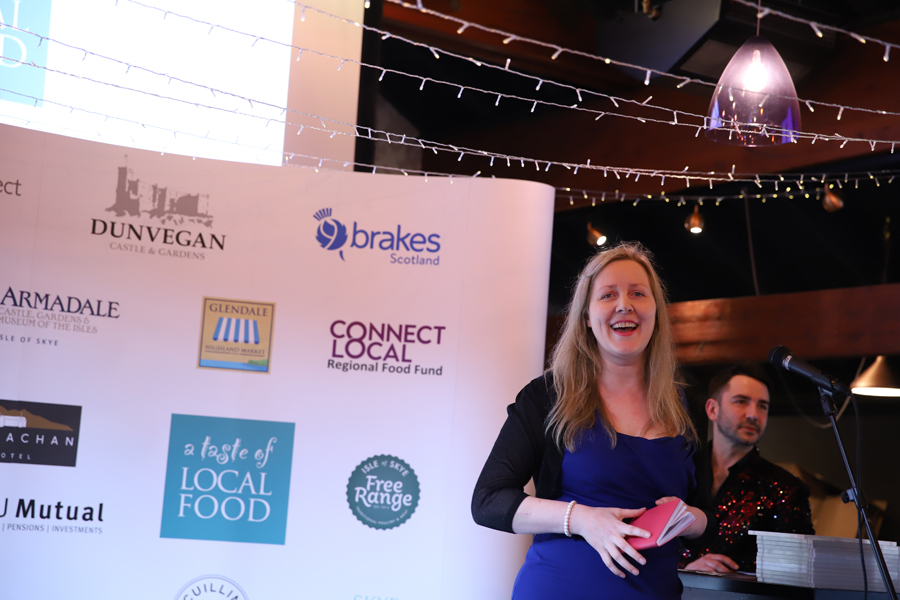 The event was held in partnership with local organisation, SkyeConnect.

The award for Best Restaurant was won by Edinbane Lodge.  Other finalists in the category were Loch Bay and Red Roof. 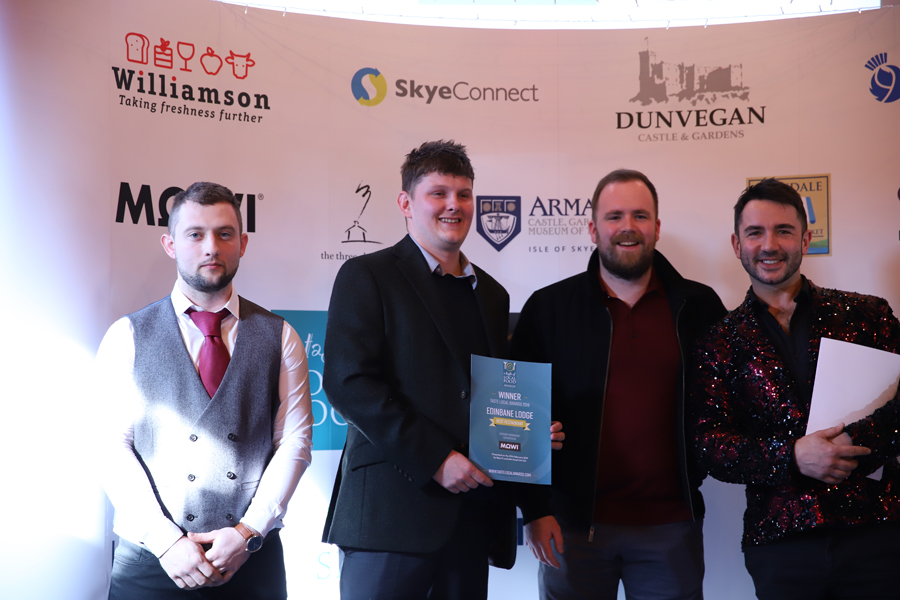 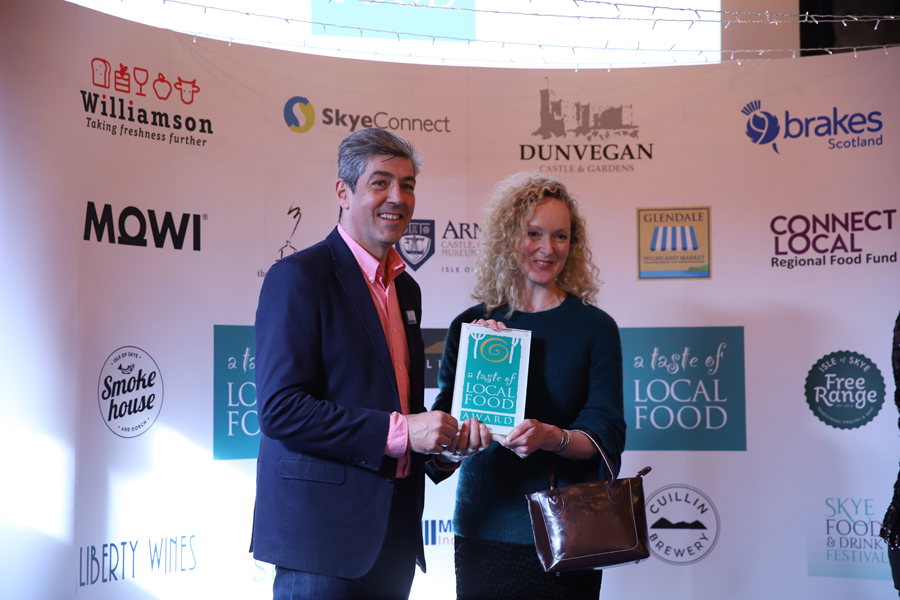 Beth's Deli & Cafe picked up the Best Cafe or Coffee Shop award.  The other finalists were An Crubh and the Isle of Skye Baking Company. 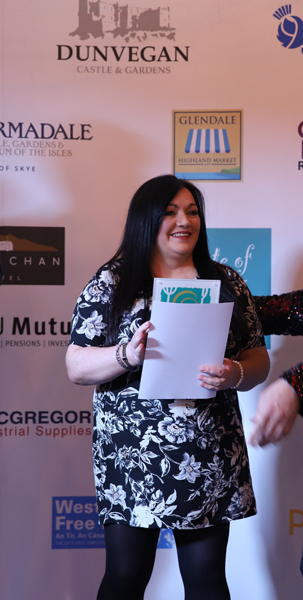 An Crubh went on to win in the category of Best Community Cafe, fending off opposition from the Open Door Cafe. 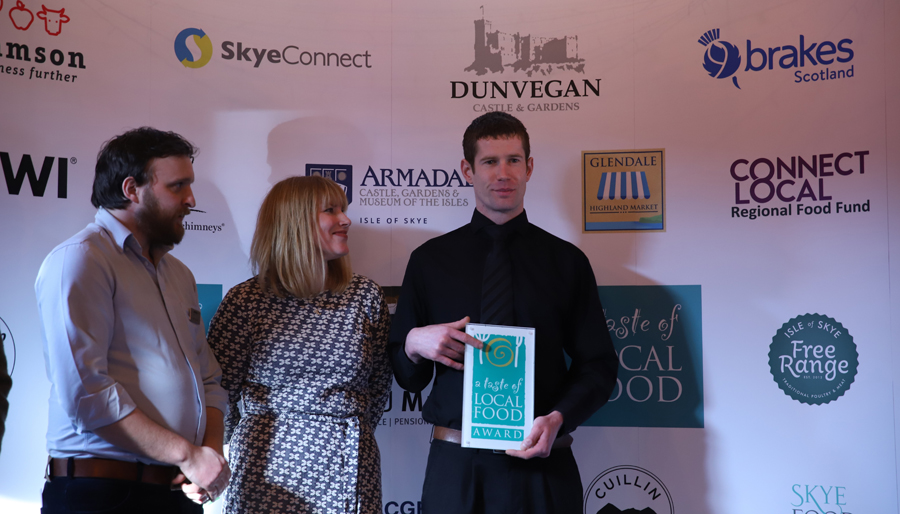 The Best Pop Up Food Event was won by Glendale Highland Market.  Natalie Bayfield (below, far right) collected the award.  Other finalists were Buth Bheag and Carter's Cabin. 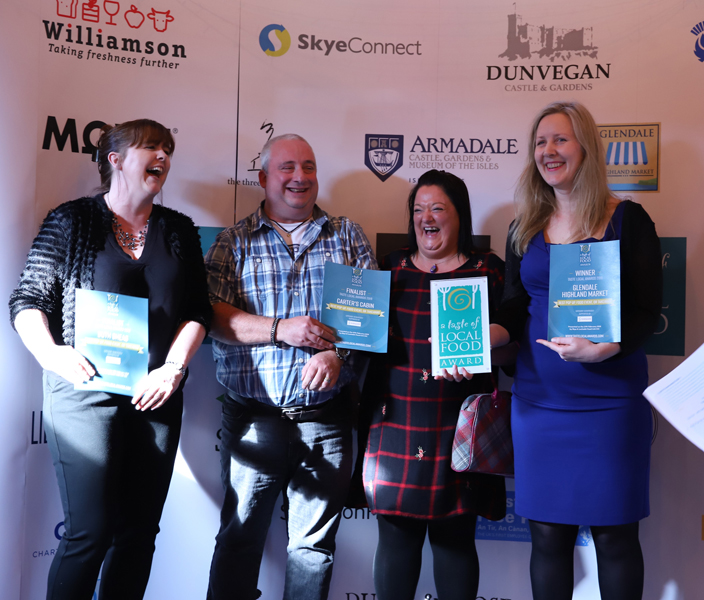 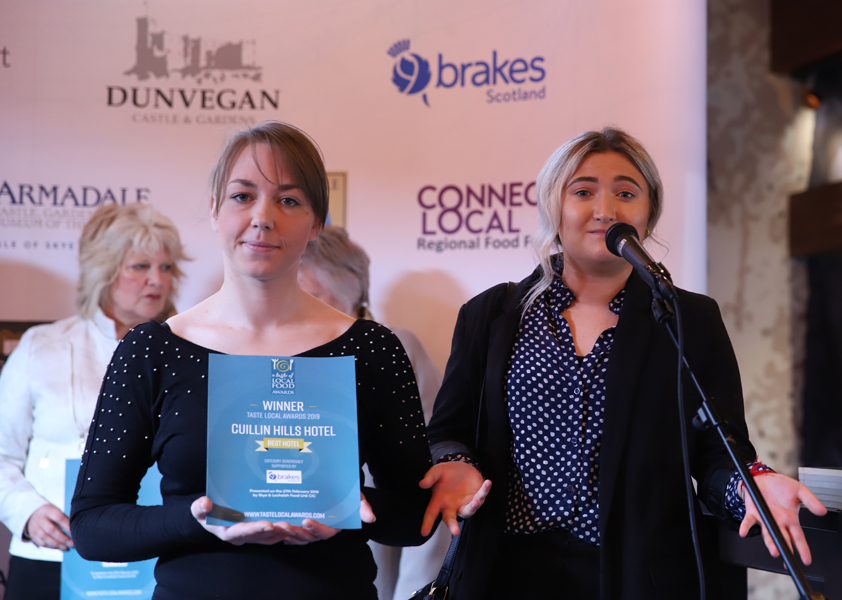 Hillstone Lodge collected the best B & B or Guest House award, beating Coruisk House and Seadrift B & B.

Buth Bheag won in the Best Retailer.  The other finalists were Beth's Deli & Cafe and An Crubh.

Carbost-based pub, The Old Inn, collected the Best Pub award.  Seumas' Bar, the location for the award ceremony, and Stein Inn also made the finals. 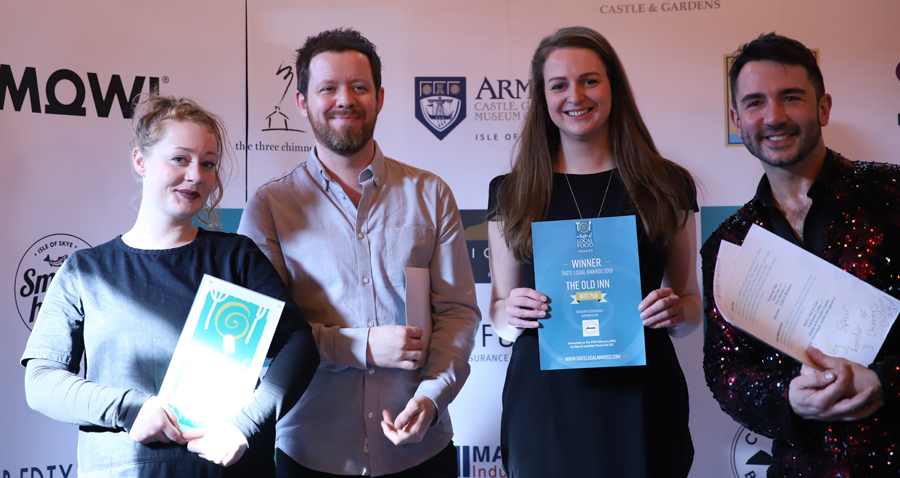 Edinbane Lodge collected their second award of the day in the Best Newcomer Category.  The Lodge fought off competition from Gasta at Armadale and Beth's Deli & Cafe. 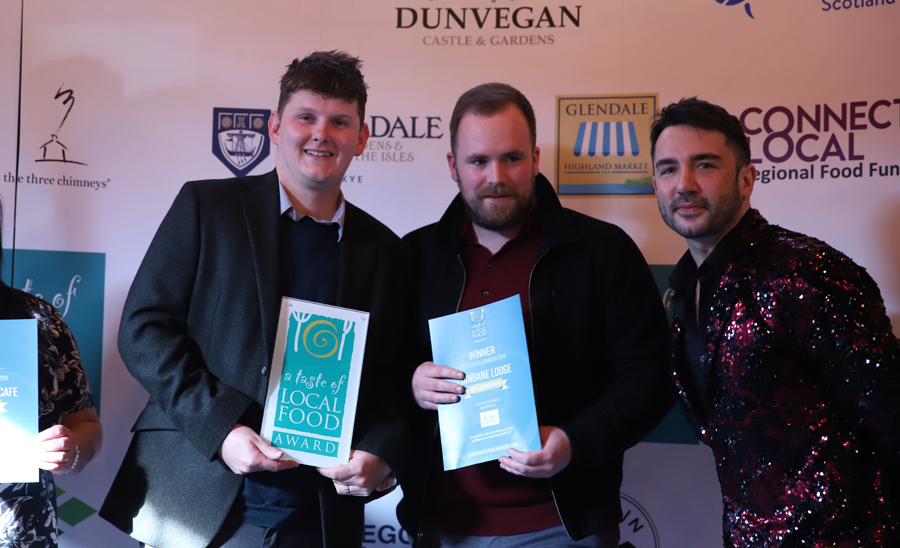 The final award of the day went to The Three Chimney's Shirley Spear.  The Lifetime Achievement Award for promoting and using local produce was collected by Shirley, who commented on how times had changed since she and her husband created their award-winning restaurant. 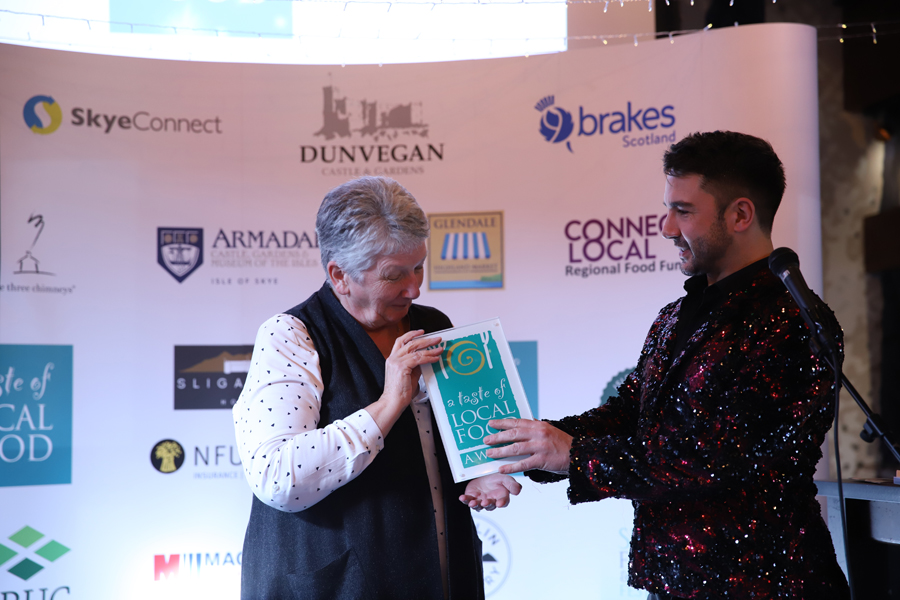 Shirley also expressed her hope that all suppliers support each other, remarking that everyone has something different to offer visitors. 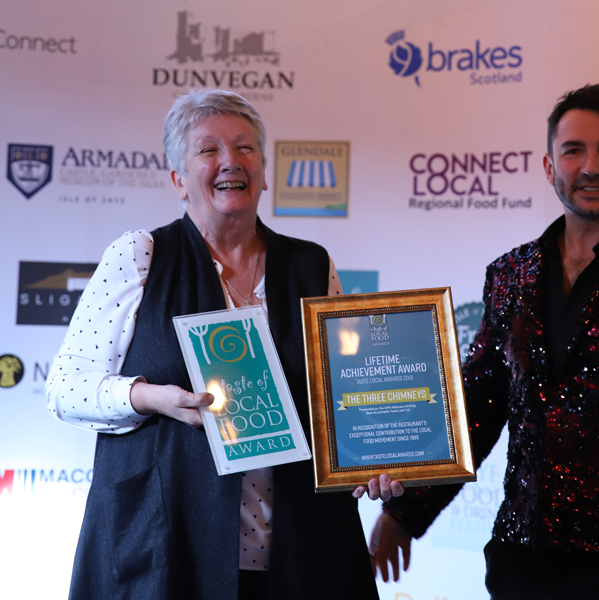