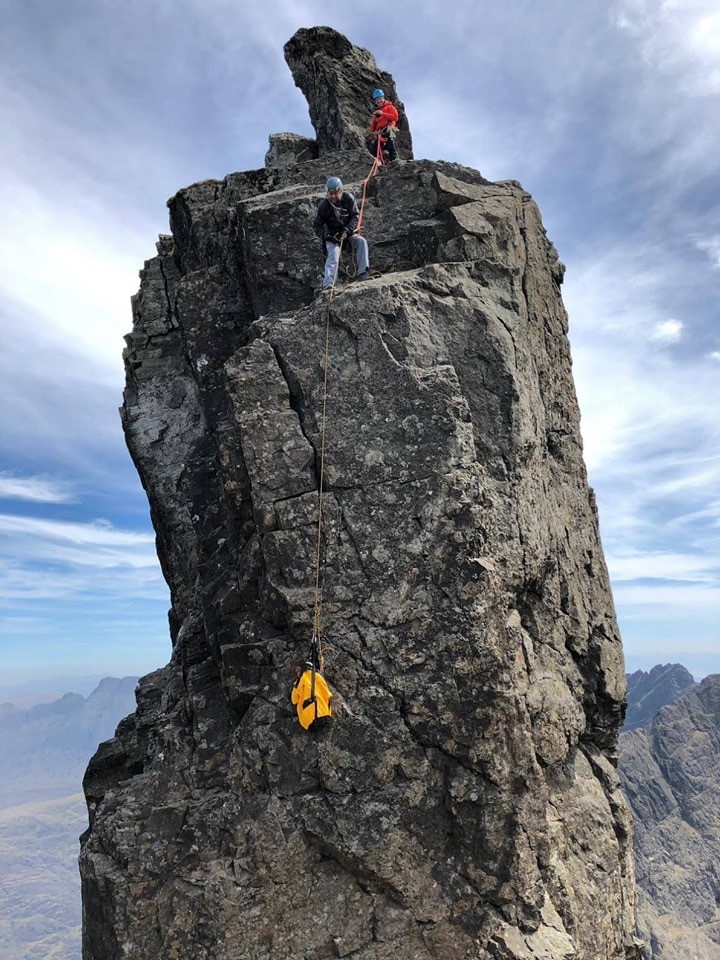 A springer spaniel has become one of the latest to climb the Inaccessible Pinnacle.

Nine-year-old Genghis and his owner, Mac Wright, have scaled around 270 Munros since October 2017 - even completing seven in one day.

With the help of climbing guide, Adrian Trendall and Davie Luti, the duo were able to scale the iconic peak.

Adrian said: “It was amazing to see the rapport between Mac and his ex-working gun dog. Genghis’s health and safety was obviously paramount in Mac’s mind and every hour we’d stop and Genghis would get a bowl of water and some canine food.

“As we headed into scrambling terrain, Genghis left us all standing as he powered onwards. Once at the ridge overlooking the In Pinn, the enormity of the task ahead of us was obvious as we watched people abseil the line we anticipated hauling our canine crag master up.

“Davie and I headed down to climb the Pinn whilst Mac and Genghis watched from the ridge. Davie raced up and we scoped out the line Genghis would be hauled up. At the base, Genghis was gently put in a tough, padded yellow bag to protect him from any contact with the rock.

“It was great to see Mac’s huge smile as he topped the In Pinn then he abseiled down to a ledge above Genghis whilst belayed by me on a completely independent safety rope. From the ledge, Mac was in line of sight to Genghis and the haul was straightforward and amazingly fast.

“Soon Genghis appeared with Mac, who then scrambled back to the summit. Munro 261 for Genghis! We knew it might be controversial but there was no way we were going to risk Genghis on the top of the Bolster Stone, so like many compleationists, he won’t quite have reached the very highest point but we knew his safety was more important than a pedantic couple of metres.”

Mac said: “I am so proud of Genghis for bagging the In Pinn! He took it all in his stride and really enjoyed the challenge. His health and safety were always at the forefront of my mind as well as the team who helped get us up the In Pinn.

“This was probably our most challenging climb to date as it was technically difficult but with patience and expert guidance, we did it!”