Reasons to celebrate for Lucky2BHere 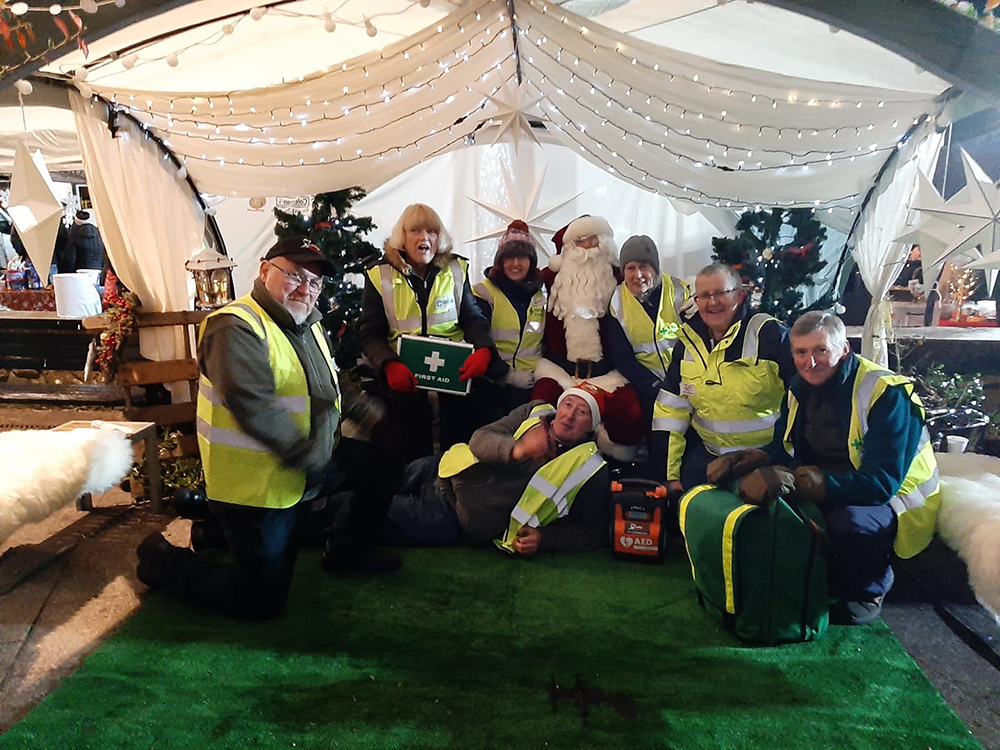 The Skye-based charity Lucky2BHere celebrated their 10th anniversary last month with a dinner dance and presentation evening in Inverness on November 22nd.

The hard-working charity is continuing celebrations right through the rest of the year, with numerous stories coming forward of lives saved and transformed because of the group’s dedication to their cause.

In December 2006 Skye man Ross Cowie suffered a sudden cardiac arrest while taking part in a quiz at his local shinty club, Skye Camanachd. His life was saved due to the pure luck that an ambulance happened to be passing by, the skills of the crew and the life-saving equipment that they carried.

Unbeknown to Ross, he suffered from a genetic heart condition known as dilated cardiomyopathy. His father, auntie and uncle all died at an early age, so he knew he was lucky to have survived.

He established Lucky2BHere in the hope that it might give others the same chance –and the testimony of many survivors proves that he was right.

The Western Isles group was set up nearly five years ago, after Angus Morrison of Balallan suffered a heart attack. More fortunate than some, he survived the traumatic experience and started thinking what could be done to get help quickly to people in a similar situation.

It set him off on a quest to ensure that easy-to-use life-saving equipment could be made readily available in public places and it set in motion a shift in thinking that has made the Western Isles a model of excellent and widespread support for the charity.

There are now 124 publicly available defibrillators in the Western Isles and 74 in Skye and Localsh. Added to that, numerous workplaces and schools have received essential training in how to give CPR to keep people alive after cardiac arrest until paramedics can get to the scene.

Portree High School was the first senior school to receive training in how to use the essential equipment in 2009, since when thousands of children in schools across Scotland have learnt life-saving skills which will stay with them into adulthood.

Last year John Burgis from Port of Ness became one of three people to have their lives saved within the space of five days across the Highlands and Islands, thanks in part to public access defibrillators and training. Lucky2here trainer Fiona Finlayson was the first to respond to the call in Ness and successfully resuscitated John.

Among Western Isles groups to receive or refresh their training recently are staff at the MG ALBA Offices in Seaforth Road, Stornoway and members of Garrabost Free Church, who have a defibrillator fitted to the external wall of their church.

And this weekend cardiac arrest survivor Michelle Macleod of Stornoway added her voice to the chorus of those keen to celebrate a charity which has meant she, too, is lucky to be here. A Lucky2BHere defibrillator was used to resuscitate her when she suffered a cardiac arrest during the Harris Marathon in August.

Speaking after the 10th anniversary event, she said: “It’s amazing to be here. I think the work the charity does, including the work in schools, should become more a part of life, so that people know how to save lives, like my own.”

The picture shows Lucky2BHere’s Portree group helping out with Light Up Portree on Saturday.